Hydrolysis of the ester group would make the resulting Mometasone API less hydrophobic, and therefore earlier elution is predicted. Indeed, this is what is observed in the data. An excipient Peak from the cream matrix is also observed just after the solvent front and does not interfere with either the Prodrug peak or the API. 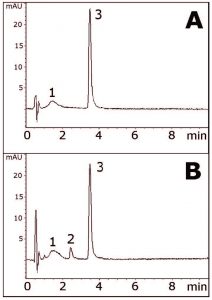 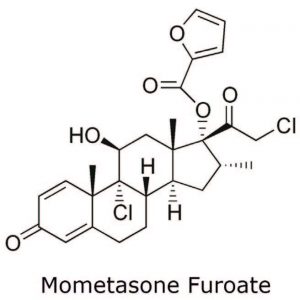 Note: Mometasone Furoate is a prodrug where the API is formed by hydrolysis of the ester group. It is used to reduce  inflammation due a variety of ailments and is available under trade names such as Elocon®, Novasone®, and Asmanex®. In addition to a topical ointment, the drug is also available as a dry powder inhaler or a nasal spray depending on the application.