A Simple Assay Method for the widely used Pepto-Bismol® Formulation

Excellent Separation of Bismuth Subsalicylate and Salicylic Acid is achieved showing that this Method can be readily transferred to a near-UHPLC 2.o phase (Figure A) from a standard 4μm Column (Figure B).

The same Column Dimensions are used in both cases, with the only difference being the particle size. The analyte Retention Times of both Peaks are highly consistent between the two Columns, allowing for easy Method Transfer. In terms of theoretical plates, the smaller particle size resulted in a measured 50% increase in Efficiency. 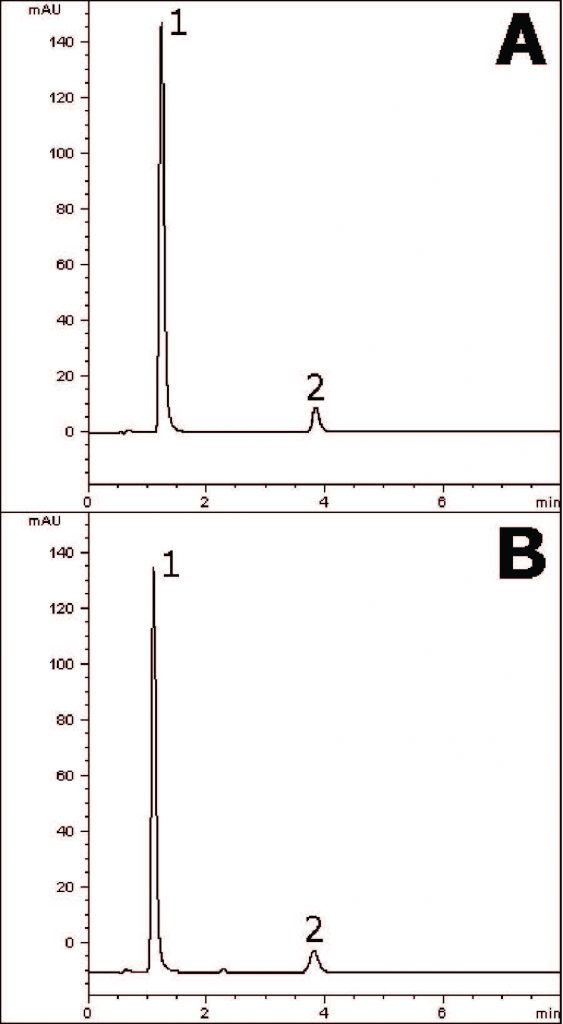 Note: Pepto-Bismol® is primarily used as an antacid and to alleviate upset stomach. Originally called “Mixture Cholera  Infantum” by the doctor who first invented it, the formulation was later modified, re-branded, and manufactured as Pepto-Bismol® by the Norwich Pharmacal Company.