After some time of washing in this manner, the stationary phase is essentially in equilibrium with the wash solvent, so it may still take a long time to remove contaminants from the column.

A more effective approach is to suddenly disrupt the equilibrium in order to more rapidly desorb contaminants from the column. This can be accomplished by very sharp gradient shifts of weak/strong solvents. You can run a sequence of blanks with the same repeating sharp gradient until the contaminants are sufficiently removed. This will often be observed as less and less baseline fluctuation with each cycle.

The figure below shows an example of the mobile phase gradient program that might be used, with repeating cycles occurring every 7 min. It is recommended not to go as high as 100% organic because some chemical species may precipitate in pure organic (such as phosphates, salts, etc.) 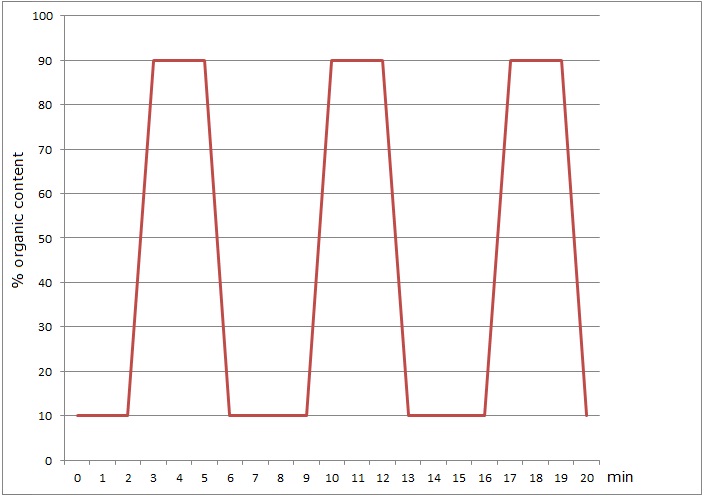