Low molecular mass, Isobaric Acids were Retained, Separated and Identified in this simple Method. The Separation of the two compounds with identical mass is necessary in order to determine which of the acids is present in the sample matrix by the Mass Spectrometer.

The Method presented was found to be superior to other classical Assays and HPLC Methods, and to be a good choice for the analysis of these compounds. 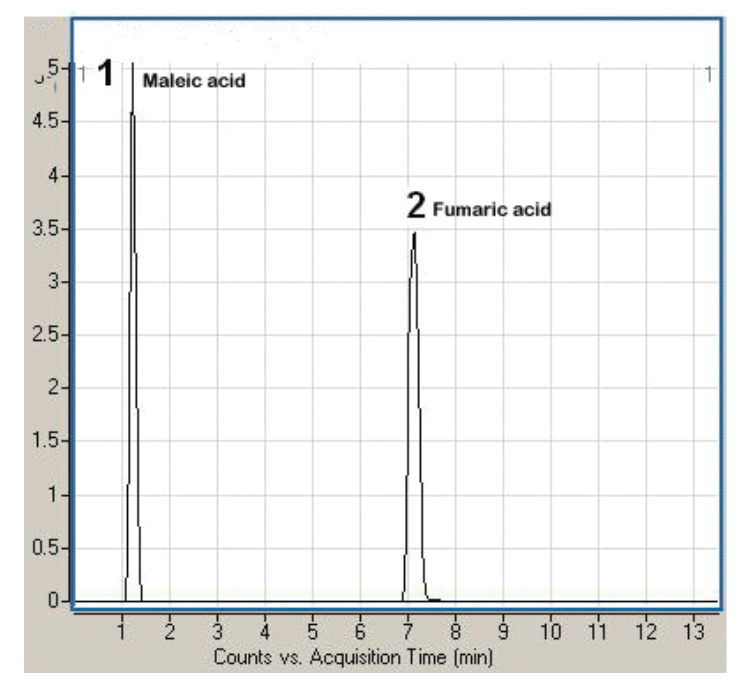 Notes: Fumaric and Maleic Acids are impurities found in Tartaric and Malic Acids and their amounts are officially limited by the FDA.