Use Isopropyl Alcohol for Improved Peak Shape of Histamine

This Method for Red Wine Analysis is simple, fast, robust and does not require derivatization like many other HPLC Methods.  When Isopropanol (IPA) was not used in the A Solvent, the Histamine Peak was highly Symmetrical in the standard (Compare Figure C and D) but distorted in the Red Wine extract due to matrix effects. Addition of 50% of IPA to Solvent A greatly improved Peak Shape for the Analysis of actual Wine samples (Fig. B).

Please note that Histamine retention increased when IPA was in Solvent A, since DI Water is the strongest solvent and substituting it for IPA reduces eluting power of the Mobile Phase. 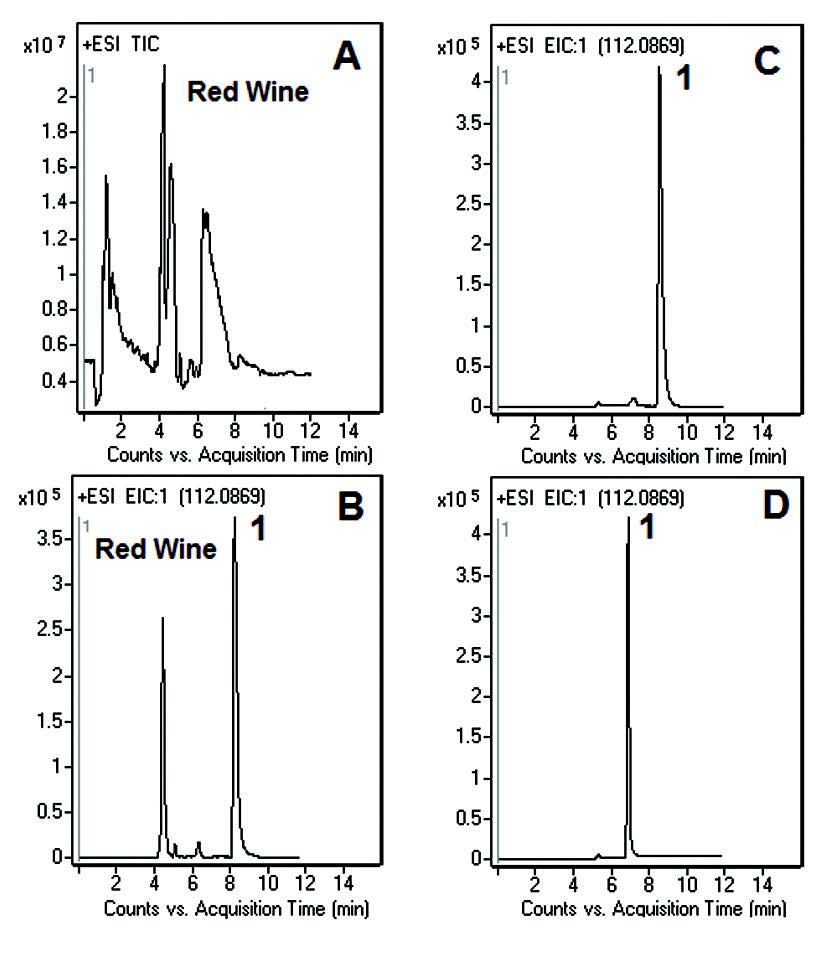 Note: Histamine is known for its role in allergic response. Release of Histamine plays a role in inflammation, gastric acid secretion, microcirculation and neurotransmission in mammalian brains. Measurement of Histamine levels in body fluids has been used in clinical analysis in various diseases such as preeclampsia, asthma, cancer, mastocytosis and in the progression of periodontitis. Histamine is also present in many foods and beverages, especially red wine and spoiled food. Ingesting Histamine can cause migraines, sweating and nausea.

2)       Histamine in red and white wine analyzed with LCMS – AppNote