It has been reported that some laboratories may try to save money by washing their used autosampler vials and reusing them. However, these products are designed to be disposable and reuse can cause numerous QC issues, such as contaminant peaks, sample loss, and physical deformations on the glass surface.

Below a clear, clean vial shows virtually no peaks in the blank run but a significant number of strongly absorbing peaks are present after washing and reusing. These peaks are of course unpredictable in nature from vial to vial since they depend on what was in the vial before. This can be a nightmare in trying to identify where the peaks came from in a QC investigation. 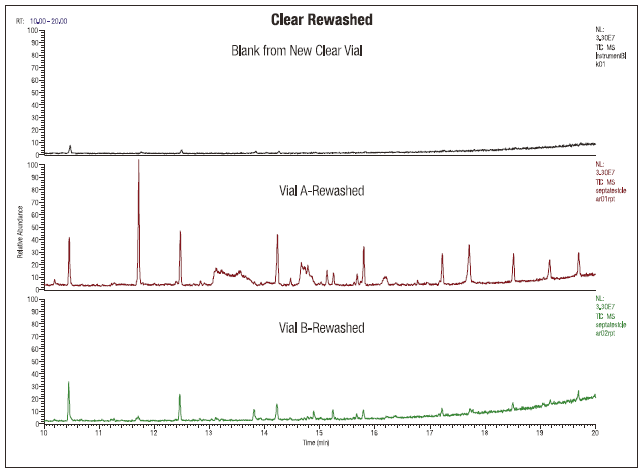 Avoid problems such as these by always using new vials each time. There is no sense in saving some money on reuse of vials when the data produces so many problems.