In HPLC, Cogent TYPE-C Columns are known to retain many polar compounds in the Aqueous Normal Phase (ANP) Mode (same mobile phases as HILIC); in this Application Note the Separation behavior of the Bidentate C18 Column for three Carotenoids (Zeaxanthin, all trans Beta-carotene and 13 cis Beta-carotene) using SFC is shown to be similar.

High Efficiency and excellent Peak Symmetry were obtained with this Method when compared with others. An interesting result is the relatively long retention time of Zeaxanthin, which is eluted near all trans Beta-carotene. This unusual behavior displays the ability of Bidentate C18 to retain Polar Compounds more strongly than typical C18 phases in SFC. 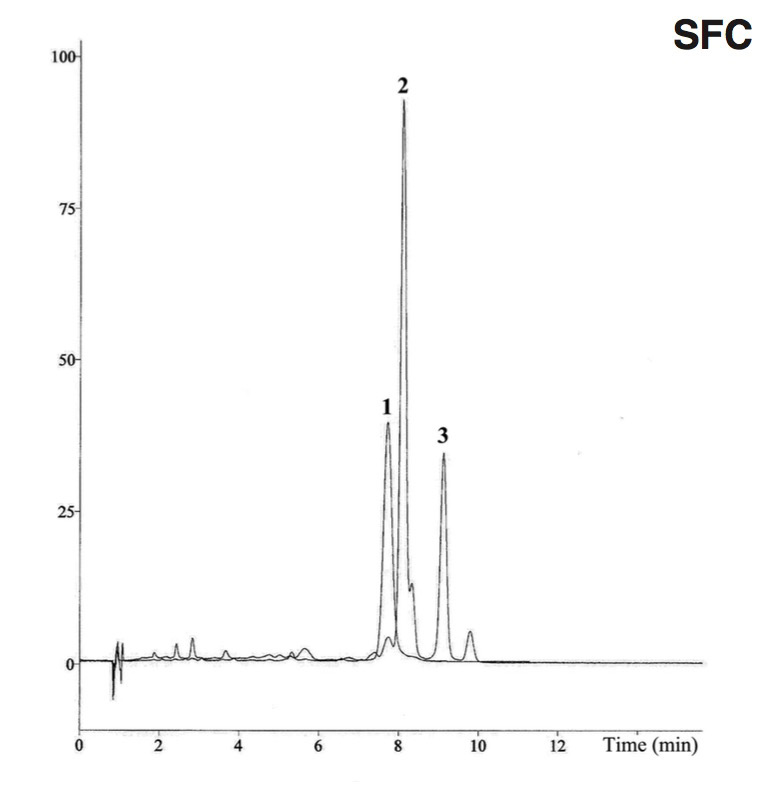 Notes: The small peaks in the chromatogram are impurities and / or degradation products in the samples. The Mobile Phase modifier is Methanol.